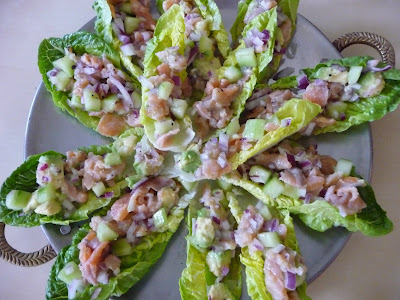 I was dressed as a pirate the first time I met the person I hope to spend the rest of my life with. It was not a fancy dress party.
I did not fall in love that night. Or on any of the half dozen dates we went on over the next few months. In fact, not long after we met I fell in love with someone else.
Over a year later, heart-broken, defeated, deflated and no longer dressed as a pirate, I did fall in love. With that person who always made me laugh, made me think, made me look forward to the next phone call or email or text message.
Despite the oddness of our first meeting, it is our second first date that is the more powerful memory. Drinking cava*, eating churros, deciding, on the spur of the moment to take a holiday to Ireland**, realising a comfort and comfortableness in just being my silly, off-beat, opinionated, passionate, intelligent self. I fell in love on our second first date.
Two moments, two chances.
I recently met my brother’s ‘new’ girlfriend for the first time.***
It turns out she is allergic to onions.
My brother, who has been dating her for nearly 18 months, forgot to tell me.
I have friends who are celiac and lactose intolerant. Who have nut allergies and egg allergies. Who are diabetic. Who get migraines from the moulds in blue cheeses. Vegetarian and vegan. Who eat kosher or halal.
It is not hard to cook for any of these people. It is a pleasure, maybe even more of a pleasure, because there is a challenge to creating beautiful food within restrictions. In not just preparing a ‘normal’ meal, minus some element, but in preparing something delicious, whole in itself, with nothing lacking.
It’s not hard, as long as you know. So the smoked salmon entre, laced with finely minced Spanish onion (not just large dice, able to be easily and politely picked out and set aside), could not have been a worse first impression for either of us. She, embarrassed and subtly scaping off the offending poison, and me, mortified that I should have served something so inedible.
It’s a beautiful salad, delicate and balanced (and very easy, a bonus for a working girl rushing to impress at a mid-week dinner party). Salmon, red onion, cucumber, avocado, lemon juice, pepper.
And it would have been just as easy to replace the onion. Coriander leaves. Torn basil leaves. Red chilli. Preserved lemon. Shaved fennel. Ruby grapefruit segments. The list goes on.
The meal wasn’t a complete disaster. Luckily, the main course was entirely allium-free, and I restrained myself from creating a delicious onion-y dessert.
* Spanish sparkling wine – like champagne. Just Spanish.
** We went, nine months later.
*** He’s been seeing her for a while. But on the other side of the world. 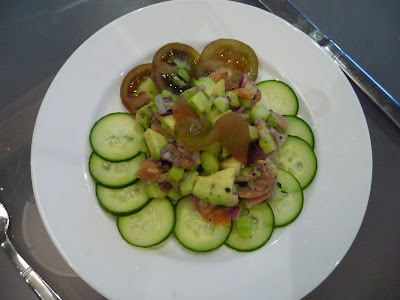 Lightly toss all ingredients except the lettuce in a large bowl, with a splash of olive oil and a dash of cracked black pepper.
Spoon into lettuce leaves and serve.